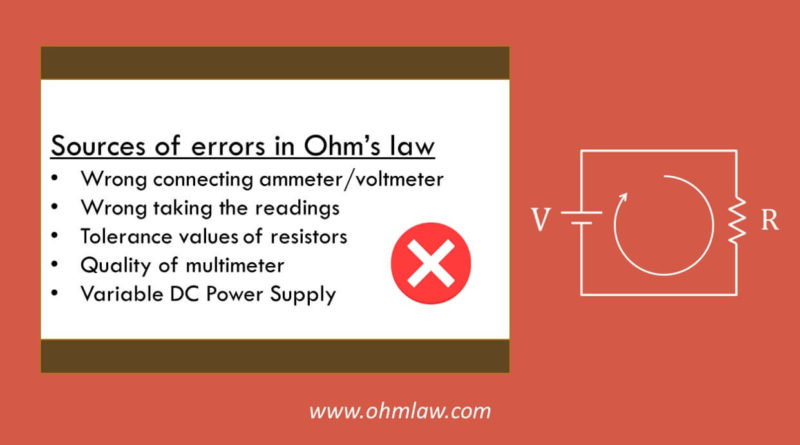 In fact, you can never match the theoretical calculations with practical values.

However, you can take some precautions to closely match the values.

Today’ you’ll learn the 5 error sources which are responsible for misleading readings. You’ll learn to keep you and your equipment safe by avoiding the blunders. You’ll also learn to obtain quite accurate readings. Let’s start off by understanding the types of errors.

What is a personal error [Don’t of Ohm’s law]

Generally, a personal error is an outright mistake which is made by the person himself. For example, you ignore a digit while taking observations. In case of Ohm’s law, you can commit a personal error by:

The ammeter is used to measure the current.  It always connects in series with the circuit. Wrong connecting the ammeter will damage the instrument.

The voltmeter measures the potential difference between two points. It connects in parallel to the circuit. Wrong connecting the voltmeter will yield wrong readings.

You have two choices to bypass this error.

Use a brown [1%] or grey [0.05%] band resistor which has low tolerance value and thus will provide a lower error.

Measure the resistance first and base your theoretical formula calculations on this value.

Your multimeter is the actual tool which measures the electrical quantities. While low-quality multimeters yield wrong observations, they are equally dangerous. Again you have two choices.

A variable power supply displays the output voltages on its main screen. For the time being, the accuracy of components decreases and your supply might display wrong results. Such cases are common in general labs where supplies are used thousands of times.

Use your multimeter to confirm the actual volts coming out of power supply. 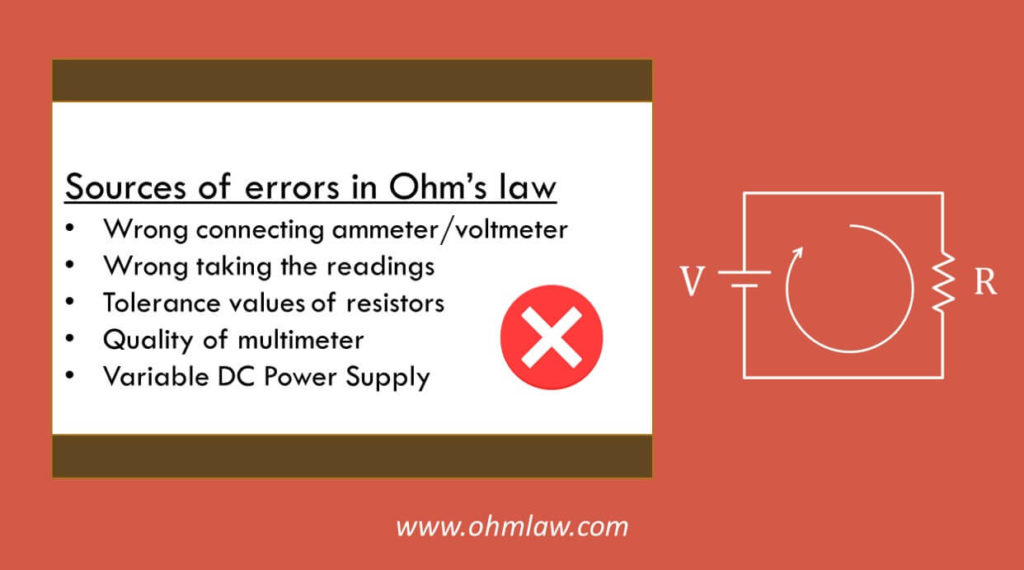