Today you’ll learn a step by step guide to perform the Ohm’s law Experiment. You’ll learn the use of voltmeter and ammeter in parallel and series, resistors, dc power supply, wires and all other equipment which is used in doing the practical.

This article demonstrates the Ohm’s Practical experiment. You can find the lab report, reading, observations, and theory here.

Let’s start with the circuit diagram: 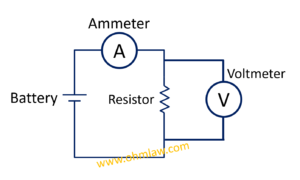 The graphic below illustrates a visual representation of steps: 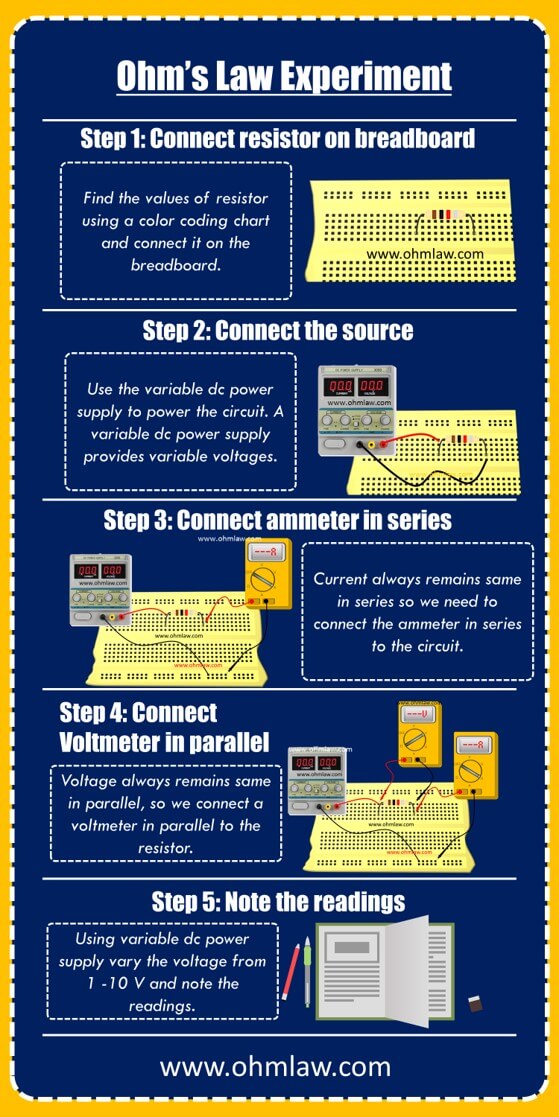 Carbon resistors are the most popular type of resistors which are used in lab experiments. Circular color bands are used on their bodies are to indicate the amount of resistance they possess. We can use a color coding chart to find the value of carbon resistors. Let’s consider your resistor box has three resistors.

Resistor 1 is a 4 Band Resistor with Brown, Black, Red, Gold bands on it.

Resistor 3 has Red, Red, Orange, Gold bands on it. 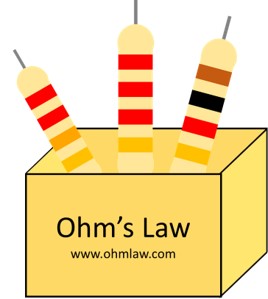 Let’s understand how a color coding chart helps us to find the value of resistance. 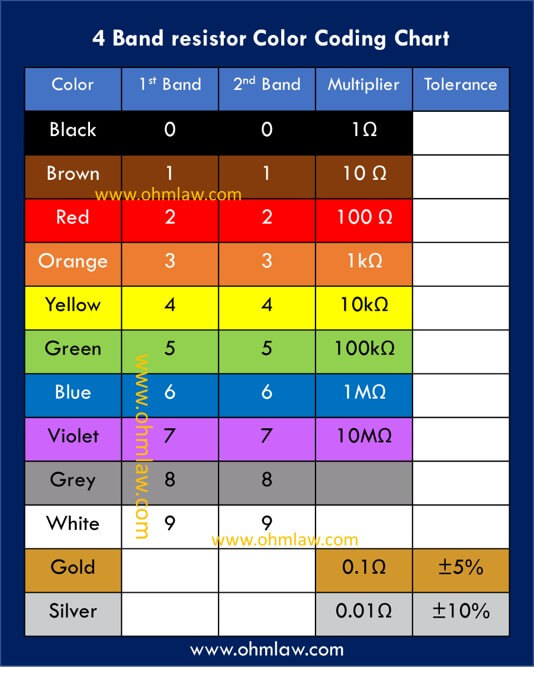 A variable dc power supply or VDC has a circular knob which can be rotated to obtain variable voltages. An LCD displays the number of selected output voltages. The alligator wires are used to take the output from the supply. Always connected red wire/probe to red (live) terminal of the battery and black wire to the black terminal of the battery. The figure below displays a variable dc power supply. While performing the experiment you rotate the knob to obtain step by step variable voltages.

An ammeter is a current measuring device. It connects in series to the circuit under measurement.